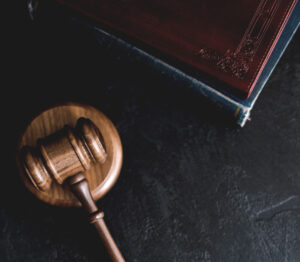 Wade Law Group Claims Another Victory on behalf of Client (San Jose CA) November 13, 2017 – Wade Law Group claimed victory again Monday when San Benito County Superior Court Judge, Marjorie Laird Carter entered a defense judgment in favor of the firm’s clients, Dave Vavoulis and Jim Morris and against the Community Foundation for San Benito County. This latest case involved a lawsuit that was filed on May 25, 2015 alleging that Mitch Dabo, the trustee of the Matulich Charitable Trust, along with his former business partnership (consisting of former business partners Dave Vavoulis, Jim Morris and the late Jack Tyler), misappropriated money belonging to the trust. The complaint sought over $840,000,00 in damages. When the complaint was first filed, in addition to seeking monetary damages, the Plaintiff immediately sought to obtain an order requiring the firm’s client, Dave Vavoulis to turn over money from real estate property that he was selling at the time the complaint was filed. However, shortly after being served with the lawsuit, Defendants Morris and Vavoulis retained the law firm of Wade Law Group. When the firm was first retained, it immediately sought to prevent the Plaintiff from gaining access to the over $900,000.00 in funds that Vavoulis would be receiving from selling his own property. Wade claimed that the lawsuit was without merit and that he would defeat the lawsuit. 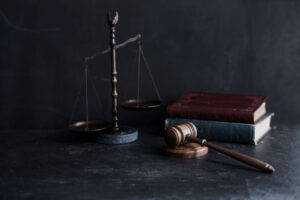 He further claimed that the Court should not restrain his client from spending money earned from selling his property when the lawsuit was one in which he would defeat on behalf of his clients. He argued that under the circumstances involving his clients, the law did not allow the Plaintiff to restrict Vavoulis from using his funds pending the lawsuit. Although Plaintiff’s counsel, John Clark vigorously argued that the court should require that money to at least be held in trust pending the lawsuit, the Court agreed with Wade and denied the Plaintiff’s request (ruling that the firm’s client would be permitted to spend his money as he saw fit pending the outcome of the lawsuit). As the lawsuit progressed, partner Amiel Wade argued that only Defendant Mitch Dabo had misappropriated funds from the trust and that his clients played no role in the wrongdoing. He further proclaimed that his clients were hard-working, honest men and that as a matter of law, the Plaintiff had no right to even sue them. He asserted that the plaintiff was overreaching by trying to associate Mr. Dabo’s unlawful conduct with his clients. Insistent that the Plaintiff would prevail against Vavoulis and Morris, Plaintiff’s counsel John Clark continued his case against them, vowing that he would be able to show that they too were responsible for paying is client money. On Monday, November 12, 2017, the case concluded after evidence was introduced at trial. At the conclusion of the trial, Judge Carter sided with Wade Law Group (ruling that Vavoulis and Morris did not engage in any wrongdoing and that judgment was being entered in their favor and against the Plaintiff. She also ruled that the Plaintiff would be required to reimburse the firm’s clients for all costs they expended during the lawsuit. The judge ruled in favor of Vavoulis and Morris even though she had earlier ruled the same day, that Defendant Mitch Dabo (who was not represented by Wade Law Group) would be responsible for paying the Plaintiff over $1.6 million dollars in damages. When asked how he felt about the victory, Wade stated: “This case should have never been brought against my clients. They are good, hardworking, honest family men. The judge did the right thing.” Wade Law Group is a law firm helps business and individuals win lawsuits and court disputes. The firm is committed to providing superior and distinctive services while building client relationships and achieving client satisfaction second to none. The firm’s clients include companies and individuals involved in litigation as well as family law clients. The firm is headquartered in San Jose, but has satellite offices throughout the state.